The Long Road to Publication


The end is nigh. The end of the long road to publication, that is. Breaking the Lore will be published on April 15th, and I will have reached my destination. I’m officially listed on Canelo’s website as one of their authors, I’ve seen the book on pre-order on Amazon, and I’m still pinching myself. So this is the last of these articles that I’ll be writing. (What do you mean “Hoorah!”?!) 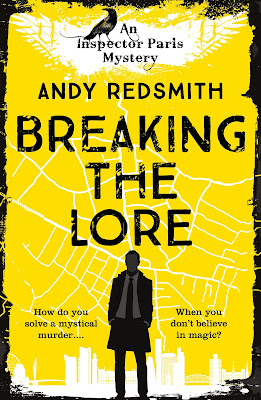 Having got Breaking the Lore off to the publishers for them to do all their stuff (whatever that entails, as I said last time), I’ve spent the last few months writing a sequel at breakneck pace. I’m very grateful to have a great bunch of folks in South Manchester Writers’ Workshop who have offered comments and critiques, and generally helped to keep me on track. The sequel should be out in July (and might even have a name by then.) At the moment it is in the editing stage, prior to it going off to the publishers. Then I might have a break!

Getting to this point has been a long and sometimes rocky road. I’m very grateful to the WWJ team for their support along the way. If I could offer any advice to would-be authors travelling the same road it would be: Keep writing the novel that you want to write. Make it as good as you can. Hope for a bit of luck along the way. And, most of all, keep going. Writing a novel is big undertaking, even if you’re only doing it one word at a time. As the ancient Chinese proverb says: “A journey of a thousand miles begins with a single step. Unless you go by car. And somebody carries you from your house to the car. And from your bed to the front door.” (Luckily enough, the ancient Chinese had a very good marketing team who refined the proverb a tad.)

So what next for me? Sell 14 million copies and retire to The Bahamas? Probably not. But you never know…..

Thanks for listening and best of luck in all of your endeavours.

(Breaking the Lore will be published on Kindle, Kobo, etc. from April 15th. Under my pen-name Andy Redsmith. Available on Amazon for pre-order now!)

Message from the Words with JAM team: We couldn't be happier to see Andy's First Page Winner emerge as a complete novel, with a sequel in the pipeline. Love that cover! Many thanks to Andy for sharing his journey and we encourage everyone to discover Inspector Paris and Breaking the Lore. Good luck, Andy, and please come back once in a while to share your successes. Cheers!