Having missed last year’s inaugural Asian Writer Festival, I was delighted to find I could make it to the 2018 Festival – particularly as it coincided with the tenth anniversary of Asian Writer magazine.

Asian Writer is produced by Farhana Sheikh, who is also the brains and energy behind Dahlia Publishing. She has been a tireless champion of Asian voices, and for the Festival she had assembled an impressive array of talent from across a range of genres. If you haven’t already discovered these authors, then treat this as an introduction to your next list of must-reads.


Call Me A Writer

The day opened with a keynote address from Vaseem Khan, author of the Baby Ganesh series of detective novels set in modern day Bombay. In Call Me a Writer, he addressed the perennial reluctance to own that label. Put the cart before the horse, he exhorted his audience – think ‘I am an author’ (not ‘One day I will be...’). In his Commandments of Khan, he also addressed some of the dilemmas peculiar to authors from a non-mainstream background. Put diversity in perspective, he told his audience. Lend your voice to change, but don’t get wrapped up in it.

Write What You Know? 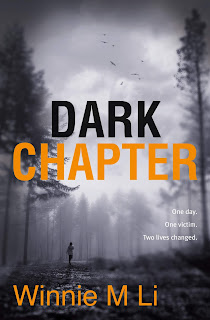 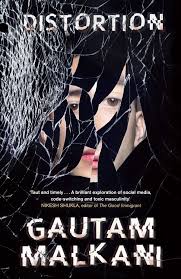 The first panel of the day addressed the validity of the perennial advice given to novice writers – should you write what you know? Both Winnie M Li and Gautam Malkani have followed that advice to an extent. Li’s novel Dark Chapter, which won the 2017 Not the Booker Prize, is closely based on her own experience of being raped by a stranger while out hiking. And Malkani’s second novel, Distortion, was inspired by his own experience as a young carer. But both have stretched their work well beyond the boundaries of their own experience. Li also wrote through the eyes of her 17 year old rapist – or someone very like him - imagining what could have led him to carry out the attack. On the other hand Malkani drew on the experiences of a much wider pool of young carers to create his character Dhilan, while Anappara used what she learnt as a journalist to create her cast of young street beggars, allowing their funny, cheeky side to emerge in a way that wasn’t possible in journalism.

In honour of the Asian Writer’s tenth birthday, the festival also saw the launch of a new Asian Writer Anthology, featuring writers they have worked with over those ten years. Emma Smith-Barton read an extract from her novel The Million Pieces of Nina Gill which explores a young woman’s anxiety disorder following the disappearance of her brother disappears. Mona Dash read Formations, a short story which explores food as a basis for relationships and identity. And CG Menon’s read her lyrical short story Seascapes was also one of my favourite stories from her anthology Subjunctive Moods (reviewed here).

Menon also talked about how submitting a story to the Leicester Writes Prize had changed her writing life, and urged the audience not be afraid to get their stories out there. “It’s empowering. Every time you are listed, it’s a candle propped up against the howling darkness.”

The Only Way is Commercial 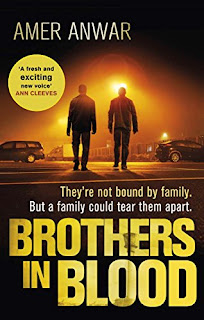 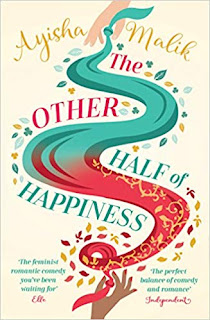 It has often been particularly difficult for writers from a minority background to break into commercial fiction. As Vaseem Khan discussed in his opening address, too often there is pressure from those within the publishing industry to stick to writing about (as they see it) ‘minority issues’. But after lunch, we heard from two authors who have managed to bust out of those restrictions: Ayisha Malik and Amer Anwar.

I loved Malik’s first novel, Sofia Khan is Not Obliged, a romantic comedy with I described in my review as Bridget Jones with real heart. The sequel, The Other Half Of Happiness is now out and moves on from the minefield of dating to the complexities of marriage. Amer Anwar is an author I had not read before, though I’d heard a lot about him. His debut novel, Blood Brothers, is set in and around West London’s Sikh and Muslim dominated communities of Southall and Hounslow and follows Zaq, a young ex-prisoner manipulated into helping his boss track down his runaway daughter.

The final treat of the day was to hear from the all the finalists of the SI Leeds Literary Prize, the results of which had been announced just days before. This is a prize awarded biennially for a work of unpublished fiction by UK-based Black and Asian women, aged 18 and above. Previous finalists have included Kit de Waal and Winnie M Li. This year’s finalists were:
I imagine you come here with expectations. You want to hear tales, of the sari, of the mango, of cow hooves kicking up a dry dust you will want to wipe off with a scented handkerchief. You want to hear of lavender, of turmeric, of jasmine soothing the hot summer evening in a distant tropical country. You expect to be told stories of a certain woman, a certain man in a certain way. You want to feel, but nothing beyond the ordinary, nothing you cannot stomach along with a thick steak, the knife a tad bloody from the rare meat.

And the overall winner was Shereen Tadros. Her novel Say Goodbye To Her is set in Egypt in the 1950s and addresses the tension between tradition and modernity through the voice of a child narrator. The stunning passage she read broached difficult subject of female genital mutilation with empathy and tenderness. If this does not find a publisher very soon so that I can read the rest, I shall be bitterly disappointed!

You can read extracts of all the shortlisted novels here.

All in all, this was a wonderful event, seamlessly organised. I look forward to next year!