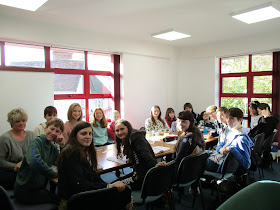 The stereotypical image of a writer is someone solitary, secluding themselves in the corner of a café as they type away at a laptop and fuel themselves with endless cups of coffee. But with many writers first getting into storytelling in their teen years, how do they develop their writing voice in solitude? Alex Baker, founder and group leader of teen creative writing group Igniting Writing, gives his thoughts on how it’s important to give teens the support to share their ideas with other aspiring writers and what sort of writing activities will keep them engaged…

Picture the scene: you’re a teenager, sitting alone at your computer at an ungodly hour of night, and you’ve just finished your first ever piece of creative writing that wasn’t for homework. Maybe it’s a poem, or a short story, but it’s yours. You feel like a cross between William Shakespeare, J.K. Rowling and Charles Dickens. Objectively what you’ve written is probably terrible, with dodgy clichés and dubious grammar (when is a semi-colon supposed to be used, anyway?), but for that brief moment of triumph you want to share it with everyone.


And then that moment fades and the self-doubt kicks in. There’s no way you can even consider sharing this with your friends or family! What if they don’t like it and think it’s naff? Or what if they’re not interested and react to your work with an indifferent shrug?

If the above scenario sounds remotely familiar to you, you’re not alone. The success of websites like Wattpad and Archive of Our Own in the teen demographic show that young writers out there want a platform to display and develop their storytelling skills, but sadly many schools only give creative writing a token glance on the curriculum and whilst most towns and cities have creative writing clubs, almost all of these are for adults. Other than the internet, which has its own pitfalls, what options are there for teens to explore their writing skills together?

Enter Igniting Writing, Wokingham Library’s creative writing club exclusively for 11-18 year olds. The group meets regularly on Saturday mornings, 10:30am-12:00pm, and gives teens the opportunity to write together, sharing their story ideas and building friendships with other young aspiring writers in a fun, relaxed group setting. It’s completely free to attend and open to any teens that want to join, whether they’ve got prior writing experience or are complete novices.

Explaining his writing origins, Alex said: “I started writing stories at around 16 years old. It was mostly really bad fanfiction – it’s probably still lurking in a folder somewhere on my computer! – which I kept hidden. None of my friends at the time were interested in writing stories and it would have been beyond embarrassing to share with my family. It only changed when I started university and discovered their Creative Writing Society. I decided to give it a try and it was the best decision I ever made – it showed me the benefits of writing as part of a group, particularly for young writers that are just starting out, and the group atmosphere helped boost my confidence, so much so that in my last year at university I became co-president of the Society.”

After graduating, Alex wanted to keep that same creative writing group spirit alive, but was initially disappointed. “I’d hoped to find a group that would reach out to that 16 year old me, who didn’t have anyone to share his fanfiction with and was doing it purely for fun. But the more I looked, the more I saw that there was nothing in Berkshire for teens. Even nationally there are very few clubs for teen writers, compared to the masses for adults.”

And so, with support from Wokingham Library, Alex decided to create his own group. Elaborating on his leadership, Alex outlined the three main considerations he bears in mind when planning an Igniting Writing session. “First, I focus on a different writing topic each week. One week we’ll cover building settings, the next sci-fi stories, the next creating an antagonist and so on. Making each session self-contained means there’s something for everyone and helps new members integrate into the group easily. It’s also good to show the group members genres they’ve never experienced before – very few teens will have tried something like travel writing for example, so one session on the topic acts as a nice introduction.

“Secondly, the session needs to be interactive. Beginning with a group discussion helps; if I were leading a session all about superhero stories, I’d start by asking the group what superpower they would pick if they could have one. That always generates a positive buzz as they debate which powers would be most useful, and helps get their brains active for the writing tasks. Additionally, we also host ‘guest speaker’ sessions, where local authors, poets, literary agents and other people experienced in the world of writing come and share their knowledge and advice. It’s a chance for the teens to ask questions and hear from the pros.

“Lastly, for the writing activities I aim to get the teens thinking outside the box. Random prompts from a hat help to give the group members some direction, but simultaneously the freedom to explore it in their own way. For example, recently we led a horror-themed session and I wrote a whole load of fake B-movie titles and put them into a hat. The teens each drew one out at random and had to write a story to go with the title, which would be something ridiculous like ‘The Revenge of the Zombie Penguins’! The random selection gets the teens thinking on their feet and if the prompts are fun it can really get them energised to write.” 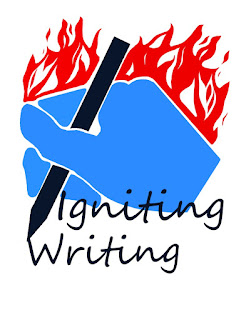 Igniting Writing has attracted over 100 teens and been invited into over a dozen schools across Berkshire to lead creative writing taster sessions to pupils. You can find the group online here:
Website: https://directory.wokingham.gov.uk/kb5/wokingham/directory/service.page?id=Wi6ijfJao4E Twitter: https://twitter.com/IgnitingWritingFacebook: https://www.facebook.com/groups/829509490414536/Blog: http://ignitingwriting.tumblr.com/
Words with JAM
Share