The Oxford English Dictionary describes a plot twist as an unexpected development in a book, film, television programme. Collins defines it as a decisive change of direction, aim, meaning or character. In a novel, play etc. an unexpected event, revelation etc.

Plot twists are often associated with crime fiction and any list of books featuring great plot twists will probably include the likes of Gone Girl, Before I Go To Sleep, Shutter Island, Rebecca and at least one Agatha Christie. 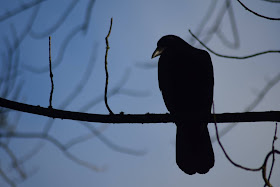 These lists invariably mention books that introduce a huge surprise, often at the climax of the story, which overturns everything the reader has believed so far. But while such twists can be incredibly powerful – think of We Need to Talk About Kevin and Fight Club – they are not the only game in town.

Plotting a book involves building a narrative; showing readers what happens in a particular scenario and finding ways to keep them wondering what’s going to happen next. Twists and turns are a vital element in retaining that involvement. I’m not talking now about the kind of mega-twists that have readers gasping: that is amazing, but about unexpected developments and revelations which, as well as helping to make the book lively and give it that crucial page-turning factor, can help reveal its true meaning, highlight its themes and illuminate what has gone before.

Coleridge regarded the plot of Fielding’s Tom Jones, as perfectly planned and it is chockfull of twists and turns. And one of the reasons Pride and Prejudice is Jane Austen’s most popular novel (apart from the allure of Darcy) has to be because it contains so many surprises and reversals. 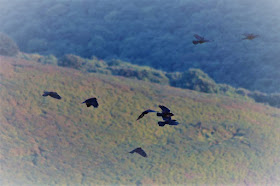 So how can we use twists and turns most effectively in our writing?

Above all by ensuring they are believable in the context of this particular story world and its characters. By the time we learn Maxim De Winter hated rather than loved Rebecca, as the narrator believes, we know she aroused great passions, ridiculed men, probably had a lover and that Maxim can’t bear to talk about her. In Pride and Prejudice Darcy’s apparently unfair and snobbish rejection of Wickham makes perfect sense when we, and Lizzie, learn what Wickham has done, not only to Lydia, but to Darcy’s own sister.

It’s vital not to make readers feel cheated by a twist. There’s nothing more annoying or unsatisfactory than a shock event that comes out of nowhere: a deus ex machina. This is where a big twist can fail spectacularly as readers are left shaking their heads in disbelief. If you’ve firmly established a character, especially a narrator, as a model of honesty it isn’t fair to reveal they are actually a liar unless you have dropped sufficient hints that these impressions may be false. And if a murderer is to use an unusual method of killing or disposing of a body it’s important to set up in advance the fact that they have the expertise or the wherewithal required.

This is where foreshadowing comes in. Planting subtle clues that hint at the twist ensures that readers won’t shake their heads and think: where on earth did that come from? instead of the response you want which is: ah, I see now, but why didn’t I see it before?
Foreshadowing can take many forms. Passing references to an object, a pet, a minor character or event can come to be recognised as hugely significant indications of a future twist. Or you can be more direct with a prologue or flash forward. Daphne Du Maurier uses foreshadowing in the most direct way in the famous opening lines of Rebecca. She does the same kind of thing at the start of My Cousin Rachel with, ‘They used to hang men at Four Turnings in the old days. Not any more though.’ 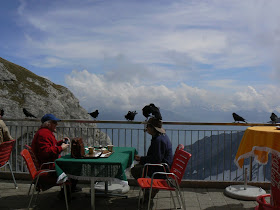 Confound expectations. If you’ve set up a situation where readers are likely to assume certain outcomes: boy meets girl, for instance, or police officer arrives at the scene of a murder, the twist can come when these characters behave in surprising ways that overturn the conventions. In Dickens’ Great Expectations a rich woman takes an interest in the young hero. When he is left enough money to become a gentleman the identity of his benefactor seems obvious. But Dickens fools us, while at the same time ensuring we have all the clues to work out the truth.

Twists can come at any point in the narrative. And they can be very effective midway through a story not least because we’re not primed to expect them at this point. Gillian Flynn knocks us off balance so well in Gone Girl partly because of when her big reveal occurs. As does Hitchcock in the movie, Psycho. An early twist can also lead on to multiple convolutions and has the added advantage that it allows the story to continue and reveal the twist’s consequences.

Misdirect readers. While foreshadowing helps the writer to play fair with readers it’s important to keep them from guessing the twist too soon. Unreliable narrators or misleading POV characters can help with misdirection. Agatha Christie is famous for her untruthful narrators in books like The Murder of Roger Ackroyd and Endless Night. Henry James makes brilliant use of an unreliable narrator in Turn of the Screw. Unreliable POV characters are not necessarily liars, or amnesiacs like Christine in Before I Go To Sleep. They may have been deceived themselves or misread a situation. They could be very young, naïve or blinded by love or prejudice. If you use several narrators, as Wilkie Collins does in The Woman in White and The Moonstone, you have the opportunity to show a variety of possible truths.

Be flexible even if you like to start with a carefully planned plot and a detailed outline. As the story comes to life situations or characters may suggest twists or surprising developments that can add depth to the narrative or offer a better way to reach the resolution. At this point you may need to go back and add in some foreshadowing or misdirection.

Add a twist to the Cinderella story. Confound expectations by having the prince fall for one of the ugly sisters either temporarily or permanently. How many possible scenarios does this suggest? How will you alter the characters or events to make it believable?

Experiment with the twist occurring at different points in the story. How does it change the narrative if it happens early on, in the middle or close to the end?

Now add another twist. The sister rejects the prince. Why? What happens next? How are the other characters affected?

And how would the story change if instead of the omniscient story-teller you turned one of the characters into your narrator? A narrator who could of course be unreliable.

Try something similar with other fairy stories. 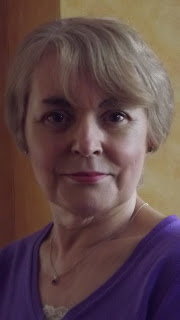 Chris Curran is the author of Mindsight, Her Turn To Cry, and Her Deadly Secret, all published by Harper Collins Killer Reads. Chris was born in London but now lives in St Leonards-on-Sea near Hastings, on the south coast of England, in a house groaning with books. She left school at sixteen to work in the local library – her dream job then and now – and spent an idyllic few months reading her way around the shelves. Reluctantly returning to full-time education she gained her degree from Sussex University. Since then she has worked as an actress, script writer, copy editor and teacher, all the time looking forward to the day when she would see her own books gracing those library shelves.