Breaking the mould is the holy grail of writing. Finding expression like nobody before. Standing apart from the crowd. 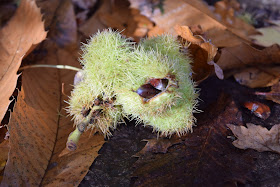 It’s possible, certainly, but not probable. Chances are, if you think you’re a unique voice, you’re going to be sorely disappointed. Somebody somewhere has done it before.

Like the magic rule of three.
You say something, explain it, and then qualify it.
Just like the examples above.

So maybe you should set your sights lower. Aim for something more achievable. Less ambitious.
Like world peace. Or an end to global poverty. A cure for death.

People have become used to the rule of three. Now if you stop at two it feels unfinished.

On another note, more than three appears clumsy. Like the writer is struggling for clarity. To find the right words. Labouring the point. Going on and on and on.

As I say, it’s the magic number. The rule. The law.
But the rule of three must have started somewhere. Somewhen. Sometime.
And then it grew into the norm. This literary device. This catchy conjuror. 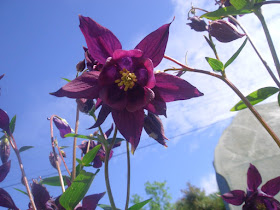 Thankfully there’s always someone out there hell bent on destroying the norm and poking a finger in the eye of comfortable predictability and nothing will stop them from finding their grail, so they toil and they toil and then they toil some more in search of inspiration with perspiration to break this new mould that society has cradled to its bosom so vigorously that it’s in danger of suffocating the creative spark that fuelled the imaginative inferno in the first place, and of course, they’re too late because society’s yearning for its warmth has already snuffed the fragile flame and what was once a creative beacon lighting the path of the future has been rendered a spent torch sucked dry by the very ones who sought to breathe eternal life into its core and suckle on its power, which means that nothing is new or unique or original anymore, but society thirsts for new and original and unique, and is wandering in a desert wilderness that tortures and torments even the strongest minds until they lose their ever more tentative grip on reality, and in tandem with their desert wanderings, their minds wander a metaphorical barren wilderness until they spew unchecked, unfettered, uncensored, unadulterated, raw beauty onto the world and now there is no editing because to edit would be to tarnish and destroy the creative seed that has been sown in this raging, ranting, rambling cacophony of literary noise: a noise of beauty, of fury, of power, of essence, of being crackling with electric energy, thrumming with pulsing rhythm, soaring with eagle grace, shining brighter than a galaxy of stars, soothing the soul in the warmth of its embrace and penetrating the heart easier than a baby’s smile.

And so the stream of consciousness is born. And it’s new and unique and original once more.

Until it’s tired and old and not new. Not unique. Not original. Just same same, not different.

So the quest begins for another new voice. Another new sound. Another holy grail.

And the quest will continue forever, because as soon as something new is found, it’s not new anymore. 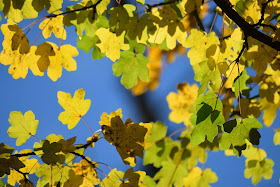 Yep, from the nerve-shredding cliffhanger to the sinister smoking gun, from unfathomable hyperbole to terse understatement, and from harmonious juxtaposition to conflicting oxymora, we all love a well developed literary device. And writers love nothing more than creating their own. So, here’s a couple of tips on how to do so.

1. Turn things upside down. Instead of using a cliché that everybody knows change it around. For example, in Fight Club, Chuck Palahniuk took an everyday expression and simply changed the delivery. Everyone is familiar with the term “to sleep like a baby”. In the story the protagonist suffers from insomnia until he attends a support group, at which point he proclaims: “Babies don’t sleep this well!” Its effect delivers instant impact and the reader sits up and takes notice, whereas they might have glossed over the tired old original cliché.

So, your exercise here is to take old proverbs, sayings and clichés and change their format. Some examples as follows:

• If this is all fair in war, I’d hate to see what happens in love.
• This has gone way beyond tough and the tough have yet to get going.
• All the flies are on him.

For a bit of variety, throw in a little opposite:

• If at first you don’t succeed, maybe failure is your thing.
• What doesn’t kill you makes you stronger…said nobody ever with a bad back
• He leapt into inaction.

2. Keep to what you know. It’s a well known fact, by those who know it well*, that writers write from experience. There’s nothing clumsier than an author stumbling blindfolded into alien territory. Staying in your comfort zone is the best way to explore outside your comfort zone. As an exercise, write down some every day terminology used in your other/previous careers and play around with them.

For example, in My Better Half the protagonist works in advertising and employs a tool used by market researchers as follows: “If this product were a car, what kind of car would it be?” He brings this into his thoughts at different times throughout the story and varies the delivery.

For example:
• If my company were a disease, what disease would it be?
• If I were a Shakespearean character I would be Hamlet.

So, let’s take a quick look at other jobs:

• Shop assistant – Management don’t care. To them I’m not a human, just a barcode.
• Shop manager – The customer is always right, especially when they’re wrong.
• Accountant – That’s a moral victory on the credit side of life’s ledger.
• Bartender – Everything he says is BS – Barfly Stupidity.


Well structured literary devices add so much to a writer’s style and set them apart from the crowd. And all you have to do is look at things from another perspective. Go on, that diem won’t carpe itself!

*Thank you, Robert Rankin, for that wonderful example of the now legendary running gag literary device.

Jerome Griffin is the author of two novels – The Flight of the Earls, an historical fiction set in Ireland over 400 years ago; and My Better Half, a contemporary story set in London.

In 2014 Jerome launched Short e Publishing, which produces short contemporary fiction. Jerome has since gone on to publish two Short e stories: Divorcing Mum and 33rd County. There are many more in the pipeline from Jerome, as well as a number of other authors, under the Short e Publishing banner.
Jerome lives in London with his wife, Elaine.
Amazon.co.uk
Amazon.com
Website: https://jeromegriffin.wordpress.com/