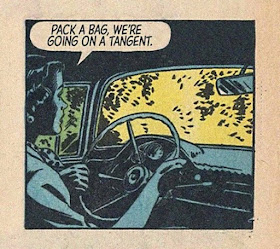 I run a fortnightly writing group. We, each of us, write different things – fantasy, memoir, crime, lit-fic – but all struggle with the same challenge: procrastination.

I don’t believe in writer’s block, but I do believe in ‘analysis paralysis’, where you can over-think yourself into a corner to the point where you write nothing at all. You know what I mean – you’re so full of ideas you don’t know where to start, so you don’t. You become the antithesis of a writer, which, by the way, my thesaurus confidently tells me is a reader!

Of course, most writers are readers as well, but if there’s no writing going on in your life then it’s hard to confidently refer to yourself as a writer. Let me help you remedy that situation the best way I know how, by challenging you to write something from nothing, using some tried-and-true creative tools.

Meme or Writing Roulette – Have you ever played Meme or Writing Roulette? You randomly select a meme (a humorous or thought-provoking image, video, or piece of text) and use it as a mental springboard into the deeper recesses of your imagination: your subconscious. It’s essentially a writing prompt, and thanks to the magic of sites such as Tumblr, Pinterest or search engines like Google, you can call up a host of choices using rather obvious search terms such as ‘writing roulette’.

Another great way to find inspiration is by actually typing in ‘writing prompt’ and select ‘images’ from the Google menu, whereupon you’ll be inundated with colourful and eye-catching scenarios, crafty phrases, and fantastical possibilities. These clever prompts have been dreamt up by other writers and editors to help you generate the first lines of your story.

This may seem like a very obvious source of inspiration, but the wonderful thing about using prompts such as these is that they use the element of surprise. Suitably startled, your brain is immersed in the creative soup that is your subconscious mind, leaving behind the restraints of your day-to-day critical, conscious thought processes. Happy day-dreaming! 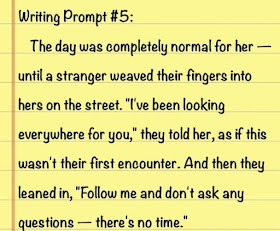 StoryWorld Cards – What’s this? Witchcraft?! Well, the StoryWorld Cards created by Caitlin and John Matthews could almost certainly be modelled on that fortune-teller’s favourite, the old Devil’s Picture Book, also known as Tarot cards. Aesthetically rendered and rich with symbolism, StoryWorld Cards and their ilk act as a visual passport to your imagination, allowing you to access the dark, deep waters of your subconscious.

Sadly, the publisher stopped printing the StoryWorld Card decks (which feature many themed decks: faeries, haunted houses, adventures), so whatever remaining decks you see for sale represent its final print run. Our group loves the ‘three-card draw’, where you have to make up a story using elements from all three cards, and also the single-card challenge, where everyone uses the same card to inspire their story.

I’ve seen other inspirational decks pop up in recent times – including the Writer Emergency Pack and The Storymatic, to name a few - and they all play the same role in stimulating your creative juices. If you can’t lay your hands on a fancy deck, use some clever targeted searches on Google, Pinterest or Instagram. A visit to your local library can provide a similarly unpredictable and inspirational ‘old school’ experience by pulling books off shelves and opening them at random pages. 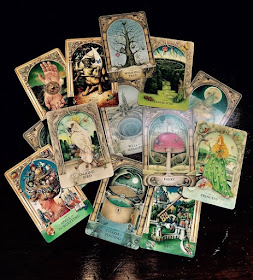 Story Map – This four-panel sketch is actually an idea I borrowed from a UK writing workshop, the exact source of which is lost to me in the mists of time and the Internet. It’s also of immense appeal to people like myself – visual thinkers who engage in a lot of doodling and spend far too much time blissfully zoning out to pretty images online.

The Story Map, as I’m calling it, is a great kickstarter for shorter writing projects – whether they be competitions or flash fiction – and as initial templates for much larger works. The Story Map forces you to focus on key elements: location, character, action and – crucially – an ending! You can read more on this approach below.

Deadlines – My father used to spend a lot of time quoting Parkinson’s Law to me when I struggled with writing essays, invariably leaving my assignments until the night before they were due. His variation was ‘work expands to fill the allotted time’, but the accepted quote as written by Cyril Northcote Parkinson himself is ‘work expands so as to fill the time available for its completion.’ In other words, if you have two weeks to write an essay, it takes two weeks; if you have one night, it will take one night, and so on. This explains how, seemingly against all the odds, I still managed to pass English.

The Oxford Dictionary defines time as ‘The indefinite continued progress of existence and events in the past, present, and future regarded as a whole.’ But as writers (including Parkinson) know, time is really elastic. It can speed up, and it can slow down. Occasionally it can seem as if it has stopped altogether, usually when you’re stuck on a plot point or you’ve entered that spiritual and physical void of unspeakable boredom that seems to consume all creativity, what writer Douglas Adams called the Long Dark Tea Time of the Soul. 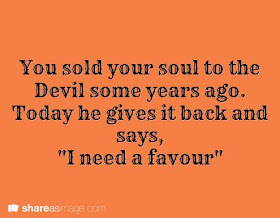 We know we can mark, measure and muse over it, but when we harness this mercurial motion with the power of deadlines, we can all briefly master time.

Chris Baty, the founder of the popular National Novel Writing Month (NANOWRIMO), a challenge in which writers strive to pen a 50,000-word novel in 30 days, knows about the power of deadlines. ‘A deadline is, simply put, optimism in its most kick-ass form.’ Word! Someone give that man a cup of tea! Wait, don’t – you’ll only distract him. He has his own stories to write.

Deadlines, as Baty rightly points out, can be a galvanising force for writers. Don’t fear deadlines, use them to their full potential as motivating goals. Think of your deadline as a Harry Potter-style ‘Time-Turner’, a device that will help you travel to a future state where your story has been fully realised and written. Deadlines deliver rewards.

So where does this leave us, friends? Optimistic? Inspired? Ready to pick up your pen or hit the keyboard? I hope so.

Here’s a short exercise combining all of the above tools to help send you on your way.

1. Deadline - Set your alarm and give yourself 20 minutes. It’s okay to cheat, I often hit ‘snooze’ and give myself another five to 10 minutes.

2. Inspiration – Use a meme, writing prompt or a StoryWorld card or similar as a starting point. Google is also your friend here! The words or images don’t have to represent THE perfect idea, just start writing.

3. Story Map - Take a blank piece of paper and divide it into four quarters by drawing two intersecting lines. In the first quarter, write a location for your story and draw it (it could be a map of a place, a house, a tree, a planet – be creative!).

In the second quarter, imagine your main character and sketch something representative (it could be a person or maybe an animal).

In the third quarter, illustrate an action – it could be someone doing something (perhaps exciting) like driving a fast car or running, or an event taking place.

In the fourth quarter, think of your ending or resolution and draw it as best you can.

Remember, it doesn’t have to be a masterpiece, these are just markers for your story. Using these four sketches as a guide, and your StoryWorld card or meme/writing prompt for further inspiration, write down the bones of your story. Be as descriptive as possible.

The words or images from your meme, writing prompt or StoryWorld card don’t have to represent THE perfect idea. Your Story Map isn’t set in stone. These things are catalysts for the ideas process, so just start writing and marvel at your rich and marvellous imagination as characters and scenes tumble forth.

Depending on how well your ideas have formed and how quickly you write, using this method you can, on average, pen between 400-600 words in less than half an hour. Not bad from a standing (or sitting) start. Happy writing. 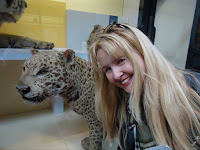 Rebecca Lang is a writer and editor based in the Blue Mountains west of Sydney, Australia. She runs a lively fortnightly writing group, Novels by Night, and writes when and where she can – mostly on the train. She is the author of a series of novellas including Army Dreamers and For Fear of Little Men, and the editor of several anthologies including a collection of soon-to-be-published ghost stories, Dark Spirits.