My Publishing Journey by Yvvette Edwards 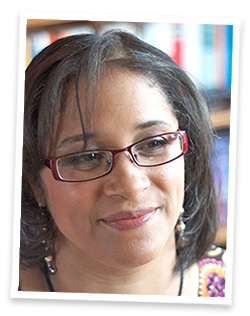 Yvvette Edwards was born in Barnet and grew up in the London Borough of Hackney. She continues to live in East London with her family.


_
_
Her first novel, A Cupboard Full of Coats, has been described by her mother as ‘the best book I have ever read.’ It was nominated for a number of awards, including the Man Booker Prize 2011. Her second novel, The Mother - published in the UK and the US in 2016 by Mantle and Amistad, respectively - has been described by Yvvette Edwards’ husband as ‘one of my top two all-time favourite books’.

Here she discusses how and why she began to write, her route to publication and how she became a best-selling author.


How did you get into writing, was it just a hobby to begin with for you?

My route into writing was via reading. My mum was a single parent and while I was growing up, there was little cash to splash. However, I lived up the road from Hackney Central Library, and once I had a membership card, I was able to read books to my heart’s content. Reading was - and still is – one of my favourite pastimes. The passion for reading books and stories of all kinds came first, and writing my own stories - or rewriting parts of other writers’ stories in my mind - has always felt like an organic evolution from that. I began writing as a hobby during my childhood and I haven’t grown out of it.

How and when did you know you were ‘good’?

At the risk of sounding like a narcissist, I have always enjoyed my writing and the stories I’ve created. When I’m writing, it feels like a perpetual struggle to find the perfect words, but every so often, it happens. In those moments, I experience a glorious ecstasy, and think, ‘Hey, I’m a genius!’ However, composing the following sentence usually brings me back down to earth and the struggle and self-doubt.
Readers help a lot. I’m bolstered whenever I read a good review, or when readers have said they’ve enjoyed my books or that reading them was an emotive or impactful experience. In those moments, I feel like my writing is ‘good’, but it’s not a permanent state of mind.

When and why did you decide you wanted your writing published?

The year leading up to my 40th birthday was a very intense and introspective period. I took myself to task because although I’d always worked, I hadn’t really focused on progressing my career and at the same time, although I absolutely loved writing, I wasn’t treating it seriously - for example, I hadn’t edited anything I’d written up till then. Anyway, I recognised that if I was lucky, I might be at the halfway mark in my life, and I needed to be clear about which of my dreams I wanted to focus on, and which ones it was time to accept needed to go. That was the year I realised how integral to my life writing was, that it was one of the few things I’d always done and continued to want to do. I couldn’t give it up, so my only choice was to give writing a ‘proper’ go.

What were your first steps towards publication?

I reduced my hours at work so I had more time, and was able to make writing my focus during work hours, instead of squeezing it into the irregular and inconsistent gaps around my life. On my writing days, I didn’t do anything else. I ignored the telephone and the laundry and wrote. After I had a completed first draft of A Cupboard Full of Coats, I went back to full-time work and spent another eight months editing it around the rest of my life. Then I gave it to a few close friends and tried to not die of anxiety while I waited for them to read it and tell me what they honestly thought. Fortunately, they liked it. I did a little more revision following their feedback, bought myself a copy of Writers and Artists, picked ten literary agents and sent the manuscript out to them. Then I rejigged my introductory letter and sent it out to another ten. On the third round, my agent got in touch and asked to see the rest of the manuscript.

What has been your proudest writing moment to date?

That’s a hard question. There’s been a few of them. One was receiving the first copy of A Cupboard Full of Coats hot off the press. That was the moment I thought, ‘Wow! I’ve done it. I’m a bona fide published author.’ Then I went on to spend the next couple of years trying to combat a serious case of imposter syndrome. Another moment was the day my youngest daughter - who was eleven then - asked if she could have a photo of me and my book for a project she had to do for school on a person she admired and considered to be a good role model. That was pretty emotional. 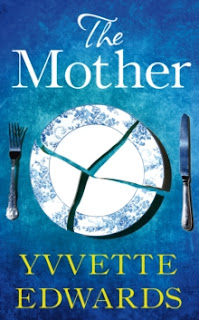 Which has been the hardest book to write – and why?

Readers of my books will know I don’t do light subject matter. A Cupboard Full of Coats tackles the issue of domestic violence, and my second novel, The Mother, is narrated by a mother whose son has been a teenage stabbing fatality victim. They were both difficult to write, emotionally exhausting, books that took me to some very dark recesses of my imagination. Of the two, I needed to do much more research around The Mother, which covers the trial of the boy accused of the murder, so there were all sorts of legal issues and processes and trial proceedings that I needed to familiarise myself with.
However, between those two, I did complete a manuscript for a novel that was not published. That middle book felt like a hard book to write. I had to wrestle with, pummel and cajole every word out of my head and onto the page. After my first novel was published, I was warned about second book syndrome, but till I was writing that middle book, I was dismissive of the notion. The difficulties arose at the intersection of writing as a hobby versus being a professional author, and also from reading and taking on board too many reviews and critiques of my first novel, which left me confused and asking questions I’d never asked myself before, like; what is the purpose of this character? What exactly are your themes? I over thought everything and failed to follow my natural author instincts. However, finishing that middle book was an exorcism that enabled me to cast out the worst of my writing demons, and when I came to writing The Mother, the words flowed.

What genre would you like to try one day?

I’m interested in historical fiction. The novel I’m working on at the moment falls into this genre and so far, it’s been an interesting journey filled with unfamiliar challenges. Recently, I’ve also been thinking about trying my hand at writing books for young readers, which feels like it could be fun.

What do you know now you wish you’d known at the start of your journey?

I wish I’d been clearer at the start about where work as an author ends. With my first book, I thought I’d arrived at that point when I wrote the words ‘The End’ on the last page of the MS I had so carefully, lovingly edited and revised. Then I thought my work had ended once I found an agent. I knew it had ended when she found a publisher for my book, that it had definitely-ended-for-sure when I’d finished everything that comes as part and parcel of the run-up to being published, including the lengthy back and forth discussions about jackets, and line by line revisions and issues around the placement of a single comma. Then came the publicity and marketing, the need to be active on social media, and the necessity of thinking about myself as a brand, selling myself not just as an author, but as an individual, the unspoken requirement to be ‘interesting’ in person and in interviews for the rest of my days. It has been an incredible experience and, for the most part, a genuinely enjoyable one. But the journey would have been a smoother one had I not been anticipating ‘the end’ at a point that was really the first stop.

What top 3 tips would you offer new and up-coming authors hoping to publish?

Live life and read widely.
Write what you want to write exactly how you want to write it.
Be persistent. Every writer experiences self-doubt, feelings of inadequacy, and moments when the task seems an impossible one and the most sensible thing to do would be to give up. The key to being published is persistence.