In our regular series, we go exploring, finding out about the writing life around the world. We're going over the pond this time, with author Kathryn Guare making us all envious of the US state of Vermont.


What’s so great about Vermont? 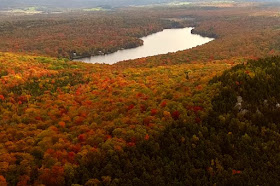 Vermont is known most for its natural beauty, especially in autumn when the hillsides turn spectacular shades of golden yellow, orange and red. It’s one of the least populated states in the US, with more miles of dirt road than any other state. My home, the city of Montpelier, is the smallest state capital in the country, and we are proud to say it is also the only one without a McDonald’s! 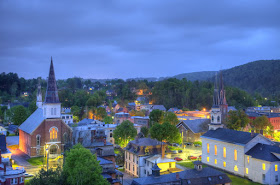 All of this gives the state a lovely feeling of being small-scale, low-key and slower paced. Life isn’t hectic. Preserving the special nature of Vermont’s environment is a shared value and a longstanding tradition.

The air is clean, the scenic highways are free of billboards, and residents participate in an annual spring cleaning called “Green Up Day” to spruce up their own properties and clear winter debris from roads and rivers. The state is famous for maple syrup and for a high concentration of local artisans creating everything from cheese, beer and cider, to hand-crafted furniture. 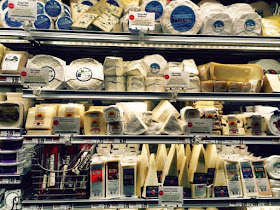 Tell us a bit about the cultural life of the place

The culture of Vermont is best expressed in its small towns that bustle with farmer’s markets, community suppers, book clubs and quirky festivals. In contrast to Pamplona’s Running of the Bulls, Vermont has the “Strolling of the Heifers”! 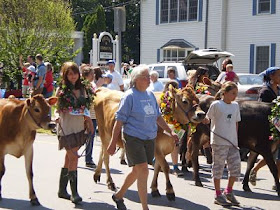 There is a vibrant theater scene with venues—some of them in gorgeous outdoor settings—featuring world-class performances for a fraction of what you’d pay in larger metropolitan areas. Because it is often seen as a refuge from the noise and stress of city life, it has always been a magnet for writers and poets, and Vermont communities treasure their independent bookstores and libraries. 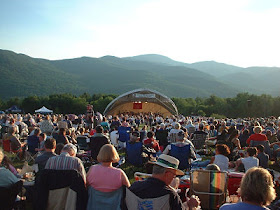 What’s hot, what are people reading?

People tend to mirror what’s popular in general, so right now it’s books like Harry Potter and the Cursed Child and Girl On a Train, as well as Elena Ferrante’s Neapolitan series. Some current popular authors have a more local association. Louise Penny’s Inspector Gamache mystery series is one, as her settings in the Eastern Townships of Quebec are on the Vermont border.

The Vermont Humanities Council also features a program called “Vermont Reads”, choosing one book each year that residents are encouraged to add to their book clubs. This year, the Council marked the 100th anniversary of Shackleton’s expedition to the Antarctic by choosing two works: The Endurance: Shackleton’s Legendary Antarctic Expedition and Shipwreck at the Bottom of the World. For next year, they’ve already selected the award-winning Brown Girl Dreaming by Jaqueline Woodson. 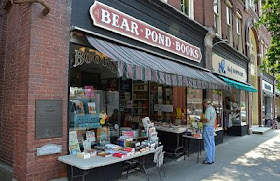 Can you recommend any books set in Vermont?

Many of the novels of Howard Frank Mosher are set in a region of Vermont called the Northeast Kingdom and two of the most acclaimed are Where the River Flows North and A Stranger in the Kingdom. These books capture not only a sense of place but also the eccentricities—sometimes charming, sometimes dark--that can be found in the remote corners of a rural state. Most of his books have the recurring theme of old Yankee traditions clashing with the evolving values of modern society. Also, Archer Mayor’s series of police procedurals featuring Inspector Joe Gunther are set in and around the city of Brattleboro, Vermont.

Who are the best-known local authors?

Along with the above, I of course need to mention our most famous Poet Laureate, Robert Frost. He did not live in Vermont year-round, but for forty years he taught each summer and fall at Middlebury College’s Breadloaf School of English and had a farmstead near the school. Many other celebrated authors maintain homes in Vermont, such as novelist John Irving, playwright David Mamet, and Pulitzer-Prize winning poet Louise Gluck. 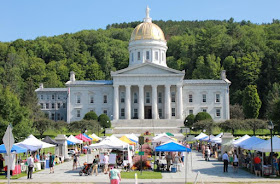 Is the location an inspiration or a distraction for you?

Some of my own novels are partly set in Vermont, so I find the location altogether inspiring. When I get tired of sitting at my desk, I head for the countryside where I have several favorite spots for writing. I’m always evaluating every picturesque landscape I discover for its creative potential, and I often make a mental note that “I should come back here some day and do some writing.”

I’ve recently completed three novels in a suspense series that centers around a dashing Irish musician. He finds his quiet life forever changed when a mysterious British agent shows up in his living room to recruit him for the first of many globetrotting adventures. The first in the series is Deceptive Cadence. My latest book, Where a Wave Meets the Shore, is a historical romance set in the 1950s on Ireland’s Great Blasket Island.

Sum up life in Vermont in three words

Author of the award-winning Conor McBride Series, Kathryn Guare’s character-driven novels are all somewhere on the spectrum between romance and suspense, and some are even perfectly balanced between the two. She has a passion for exploring diverse cultures and cuisine, Classical music and all things Celtic, and has a habit of mixing these into her stories along with other topics and enthusiasms that capture her interest. Formerly, as an executive with a global health advocacy organization, she traveled extensively throughout the world. Currently, as a native Vermonter, she hates to leave home during foliage season. http://kathrynguare.com/