In Conversation with Claire Fuller 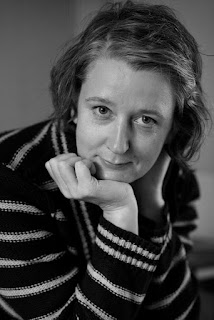 Claire Fuller is a novelist and short fiction writer. She began writing fiction at the age of forty, after many years working as a co-director of a marketing agency. Her first novel, Our Endless Numbered Days, was published in the UK by Fig Tree / Penguin and sold in a further fifteen countries for translation. It won the 2015 Desmond Elliott Prize for debut fiction, and has been longlisted for the International Dublin Literary Award. It was also nominated for the Edinburgh First Book Award 2015 and was a finalist in the ABA (American Booksellers Association) 2016 Indies Best Book Awards.

Her second novel, Swimming Lessons, will be published in the UK and Commonwealth also by Fig Tree / Penguin at the end of January 2017.

Welcome back to Words with Jam, Claire. We first spoke not long after the release of your debut novel, Our Endless Numbered Days. How was the experience of having such a successful first novel?
It was so unexpected that at times, when I found myself in front of a crowd of people at a literature festival or wherever, speaking about my book, it was very surreal. It was wonderful too, and exciting of course.

What have you learned about yourself as a writer as your career has developed?
That I can actually stand up in front of a crowd of people and not get so nervous that I can’t speak! I hadn’t done any public speaking before my first book was published so I really wasn’t sure I could do it, and I was certain that I wouldn’t enjoy it. But I’ve visited a lot of book clubs who read Our Endless Numbered Days as well as doing the larger events, and what’s surprised me is how wonderful it’s been to meet readers and just talk about books with people who love them. As for what I’ve learned about me as a writer… that I have to trust that the process works even when it feels like it won’t.

How did you approach the writing of ‘the difficult second novel?’
Well, I’d heard all about difficult second novels, and so although Swimming Lessons was the second novel I wrote, I finished the first draft of it before Our Endless Numbered Days was even published. Often the publishing cycle is a lot longer than people expect. It was about 19 months between when Penguin bought my first book and when it was published, so I thought that was plenty of time to write a draft of the next. That got me around the possible issue of knowing my first book was successful and feeling I couldn’t do that again, or knowing that it wasn’t and thinking why bother writing another.

Was it easier or harder for you to write Swimming Lessons (your latest) than it was to write OEND?
Definitely harder, and it took me longer. I went down a lot more dead ends than I had with the first, and found myself deleting thousands of words to get back to where I could move forward again. I started writing it from one character’s point of view in third person, and then changed it to two viewpoints: first person, and third. After the first draft was finished I changed the whole of the second half. But I got there in the end.

I was lucky enough to get an advance copy of Swimming Lessons direct from your publisher, and when I first opened the Jiffy bag a load of used train tickets fell out. It confused me at first but as I began to read, I understood. It’s a fascinating idea. So, I’m curious about the inspiration behind the book?
Yes, a big part of what happens in the novel is about things being left in books for other people to find – hence the used train tickets! The inspiration came from a while ago when my (now) husband and I were going out, but not living together. He lived in a town about 40 miles from me, and we had been doing some art projects together, one of which was to hide notes in each other’s houses. Then we decided Tim should move in with me, and he packed up his flat and in the process found all five notes that I’d written to him. Apparently eight years later there are still two notes that he wrote me, hidden in the house we share together. He won’t tell me where they are, but I suspect they are somewhere in the thousands of books we own. 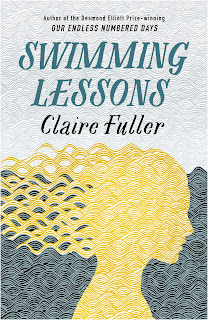 You’ve created in Gil, Nan and Flora Coleman a whole new family of characters, each as deep and complex as those in your first novel. What is it that draws you to a certain type of characterisation?
That’s a tricky question. I think it might be the only way I know to write characters, and don’t we all want to read about people who are complex? I think what I like to include are the mannerisms that help define us. My daughter and I, for example, find it very difficult to sit in a chair with our feet on the ground, we always put our feet up, or sit on them. All these little things can say a lot about the kind of people we are.

In much the way that the forest setting was almost a character in its own right in OEND, in this latest novel it’s the beach landscape, and particularly open sea swimming, that brings another layer to the story. Are settings important to you, and which comes first, plot or place?
Settings are really important to me. I need to know everything about the inside and outside space that a character occupies, even the parts that are behind them and don’t get described. I like writing (and reading) about landscape and so I picked a coastal location very deliberately, and one that is based on a real place that I know. It’s place and character that comes first for me. I have a vague sense of a person, I put them in a specific place and see what happens. Plot comes much later.

As your journey as a writer continues to flourish, are there any other themes or topics you really want to explore, and why?
Before I started writing Swimming Lessons I did write a long list of things I’m interested in that I’d like to write about, but they weren’t really topics or themes, but rather things I liked, such as Morris Minors, sea-swimming, nudist beaches, raining fish. And as you might have noticed, a lot of these got in the book. I think I’ll probably do this again before I start the next one, but I’ve got no idea what they will be yet.

In the same way as Sophie Hannah has taken on writing new Agatha Christie novels, and Anthony Horowitz with Sherlock Holmes – whose novels would you like a hand in recreating if you had the opportunity?
I love this idea, which is great for fans of particular authors, but I’m not sure it works like that for me. I tend to like particular books, rather than all or most of the novels from a one author. But if someone else wanted to take it on, I’d love to see another book recreated in the style of Barbara Comyns. She’s not very well known, but is an English writer who wrote mostly in the 1950s and 60s.

Which author – alive or dead – would you like to sit down with over dinner and have an in-depth conversation about the craft of writing and books in general?
Am I allowed two? I’d like to introduce Barbara Comyns to Shirley Jackson, although it’s quite possible they’d heard of each other when they were alive, and maybe even read each other’s books. I think these women would be fascinating – Jackson wrote such a range of work, but I think her slightly odd, slightly spooky fiction has a lot of similarities with Comyns’ novels, and I’d to see if they agree.

Can you let us into your plans for book three?
I’ve got a finished draft, but it does still need a lot of work, and of course I have yet to see if my agent and editor like it. But it is about Frances, a middle-aged woman, who meets Cara and her boyfriend, Peter when they are all staying during the summer of 1969 in a dilapidated English country house. Bad things happen. I’m not sure I can say much more than that!

Could you list the top three tips, in your opinion, for helping a writer create a bestselling novel?
That’s a tricky one. I’m not that certain that creating a bestseller is actually up to the author. Yes, the book has to be well written and appealing to readers, but it has to reach them, and most of that is down to the publisher, and also luck. The three things however that the writer can influence are: make the novel original in some way, make it intriguing for readers, make it very well written.


Find out more about Claire and her writing here

You can read our Bookmuse review of Swimming Lessons here