Highlights from the Triskele Lit Fest 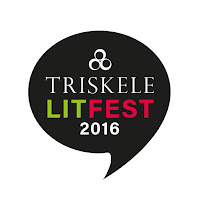 When the Triskele Books' one day Lit Fest came to a close in September, we knew that the conversations generated across the five panels were far too good not to share with a wider audience.

Thanks to sponsorship from Matador Books and sound engineering expertise from Live Box (who overcame some significant challenges in the form of noise intrusion from dance classes in the room above) we were able to record the panels and upload the videos to our YouTube channel.

Here are some of the highlights from the day, which we hope will tempt you to delve into the videos to watch the discussions in full.

We kicked off the day with a lively discussion with Sci Fi and Fantasy authors Felicia Yap, CS Wilde, Jeff Norton, Eliza Green and Yen Ooi, chaired by Jack Wedgbury from Matador.

The panel showcased the vast range of modern Sci Fi and Fantasy. Felicia's upcoming Yesterday is a thriller about a murder being investigated in a world where most people only remember yesterday. CS Wilde's A Courtroom of Ashes is a fantasy about a lawyer in hell. Jeff Norton's MetaWars explores what happens when humans retreat from the real world into a digital one. Eliza Green's Becoming Human imagines humans competing for resources with another race on a distant planet, while Yen Ooi's Sun; Queens of Earth harnesses the powers of dreams to provide energy.

Between them, they reveal their inspiration and discuss how SFF liberates them to explore big themes from what it means to be human to the destruction of the Earth, but to view them through a personal perspective.

What do an oyster card, an iPod, a set of Bose headphones, a paintbrush and a passport reveal about their writing processes?

Isabel is an accidental novelist who began her fiction career when a newspaper column about the singles scene was turned into a novel. She has since written ten more novels.  Charlie Maclean's Unforgettable is a 'Sliding Doors' type story that explores the consequences of asking someone on a date ... or not. Sareeta Domingo's The Nearness of You, about a young woman falling in love with her best friend's boyfriend, also examines themes of bereavement and depression. Carol Cooper's multi-stranded narratives follow an array of couples at different stages in their lives.

They explore how far a Romance novel can play with the RWA's definition of "a narrative centred around two individuals falling in love and struggling to make their relationship work." They consider the role of sex in a romance novel - does it have a place in moving the plot forward and revealing character, or should the author keep the bedroom door closed? When men write Romance, does it get 'elevated' into a different category? What happens when you try writing in the dark?

And a pocket watch, a photograph, some music and a bottle of bathroom cleaner reveal surprising secrets about their writing process.

Kate Hamer's The Girl in the Red Coat is a dual narrative about a mother and her lost child. Adam Croft's Her Last Tomorrow is also centres round a missing child, but in this case the father receives a ransom note with an impossible demand. Chris Longmuir's Devil's Porridge is a historical crime novel based around the first policewomen in Scotland, guarding a munitions factory during WWI.

They contrast the challenges of the different types of stories they tell, reveal the horrible secret of what Devil's Porridge really was, explore the new concept of Grip Lit, and explain how a bottle of perfume, a literary award and the scan of one's unborn child continue to inspire their writing.


The empty seat at the end of the row belongs to Nigerian author Leye Adenle, who was prevented from getting to the Lit Fest on the day. Catriona Troth caught up with him a few weeks later and you can read her interview with him here.

Orna Ross's Her Secret Rose is a fictional account of the real life lovers WB Yeats and Maud Gonne. Radhika Swarup's Where the River Parts looks at the largest displacement of people in human history, following the Partition of India, through the eyes of a young Hindu woman. JD Smith's Overlord series takes us all the way back to 3rd Century Syria and the life of Zenobia, the warrior queen who nearly toppled the Roman Empire. Alison Morton's Roma Nova series is an alternative history in which the Roman Empire survived into the 20th Century.

The four authors reveal why the chose their particular stories to tell, the different challenges and responsibilities of writing history from the recent and distant pasts, how to create a voice appropriate for a different time period , and the discovery that surprised them most in the course of writing their books

And an index card, a bracelet, 'the only book I have ever defaced' and a photograph of a Roman gladius reveal secrets about their writing process.

Preserving the Unicorn - conversations with literary authors and their editors.

The last panel of the day was a discussion with literary authors and their editors, chaired by Triskele's Catriona Troth. Sunny Singh discusses her novel, Hotel Arcadia, and the fascinating role her Dutch translator played in honing the manuscript. Alex Pheby and his editor from Galley Beggar Press, Sam Jordison, discuss his novel, Playthings, the fictionalised story of Daniel Schreber, of one of Freud's most celebrated case studies. And Rohan Quine and his editor Dan Holloway take the lid off the process of editing Rohan's latest novel, Beasts of Electra Drive.

In this wide-ranging conversation, Sunny reveals inspirations ranging from Dante's Inferno to Martin Scorsese's Goodfellas. Alex  explains how his novel grew out of frustration with blinkered 20th C analysis of Scheber. Sam  describes how he absorbed the emotional impact of the book and imagined telling a reviewer, "I've got this book and it's going to destroy you," before deciding "of course we've got to publish it."  And Rohan describes his book  as a 'love bite to the world,'  while Dan calls it 'a beautiful spectacle compiled of horror.'


Part way through the conversation, Alex Pheby threw a provocation to the audience. "All forms of masculine activity are vile and pernicious and should be weeded out." Sadly, time ran out before the implications of this could be explored. After the event, though, Orna Ross came up with some great questions for Alex. We hope to get the chance to put those questions to him in the new year. If so, we will publish his responses in Words with Jam.
LibraryCat
Share