In our regular series, international writers share some snapshots from their part of the world. This issue, Gali-Dana Singer shows us around Jerusalem. All images courtesy of Gali-Dana Singer. 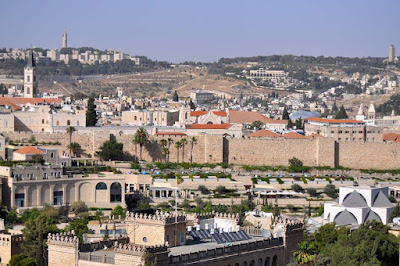 What’s so great about Jerusalem?

That’s a difficult question. The answer seems so obvious and yet it is not the right answer, or, let us say, for the very reason of its obviousness it’s not the right one. And yet everyone living here is obliged to answer this question time after time. Perhaps, that’s what is so great about Jerusalem. It’s forever residing in an eternal state of self-doubt that’s not exactly bliss, yet all the more is a thing of existential value. Although I can’t prove it, I believe it utterly that all the city dwellers and even all the city guests have a complete picture in their heads of a ‘proper’ Jerusalem, ‘true’ Jerusalem, even ‘real’ Jerusalem that is constantly shattered by Jerusalem herself (cities are feminine in Hebrew and as it so perfectly suits the city of Jerusalem, I would like to keep the gender intact in English also), and all the city’s horses (we have quite a few here, and not only police) and all the city’s men can’t put these lovely images together again. Strangely enough, no city dweller and no city guest can wholeheartedly put these broken images to rest, they are nursing them as tenderly as the greatest of their grievances, they are prepared to guard them with their lives and keep them in mind always, once and again trying to prove one shred or other comparing it with what their senses can sense and their memories remember. And yes, we are all unproportionally attached to the tangible city of our sensations and to the intangible city of our recollections.

Everybody can tell you where to find the best of everything, the nicest cafes, the quietest bookshops, the most original taxi drivers and the most friendly souk sellers. The funniest thing is that it is already here, not in imagination.
Everybody who lived long enough myself included can tell you stories about Jerusalem ten or twenty or hundred years ago, Jerusalem’s tradesmen and craftsmen, tastes and smells, riches and rich, homes and homeless. 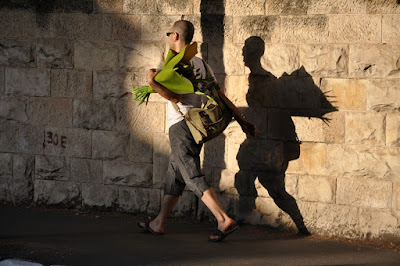 Everybody or everybody whom I know is complaining about the changes Jerusalem goes through and for a good reason. Once I became too depressed by the ruination of the so called New Jerusalem, the part of the city built in the second half of the nineteenth century, where I live together with an artist and writer Nekoda Singer and our two dogs Deca and Basho; so we decided (Deca and Basho were not involved in this decision) to send a questionnaire to different people from all over the world who have some connection to our city asking them what they feel about this ‘new destruction of Jerusalem’ and then published their answers in our bi-lingual Russian and Hebrew e-zine. 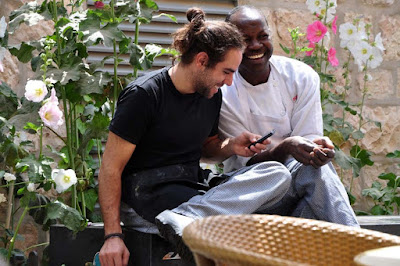 Contrary to my expectations, we got less elegiac responses and more stoic ones. One of the apparent things that I overlooked before and got straight thanks to this questionnaire was the sad fact that this process is going everywhere. Nevertheless, when all is said and done, Jerusalemites tend to think that Jerusalem is somewhat special and in my heart of hearts where I store the shreds of my ‘true’ Jerusalem I cherish the slightly grotesque picture where all those responsible in their future reincarnations will faithfully rebuilt with their own bare hands and according to the old plans and photos the buildings and streets they annihilated.

In spite of this spiteful vision of mine, I must tell that there is a strange harmony between these two cities that we can continue to name traditionally the earthly Jerusalem and the heavenly Jerusalem, even if the heavenly one is crushed to pieces.

“There is nothing so whole as a broken heart...” told Rabbi Menachem Mendel of Kotzk and I choose to hope that it is also true for broken cities and dreams. 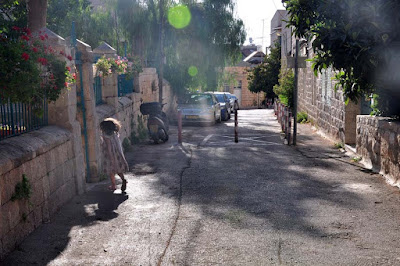 Tell us a bit about the cultural life of the place.

It’s many-layered. Of course, like everywhere else in the big cities there are many different festivals, art festivals, writers' festivals, music and theater festivals and we have our Light Festival, the novelty that became very popular over the world in the last decade. On a smaller scale and I would say on a deeper one there are poetry and prose readings in little bookshops, cafes and galleries, home concerts, street performances, intimate gatherings when people meet each other to talk about Greek poetry or I Ch’ing or some other equally exciting stuff . 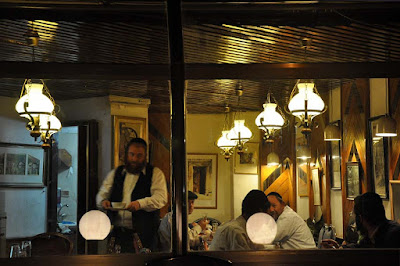 I have an on-going photo-series that is called ‘People of the Book(let)’, it includes hundreds of images of readers in parks, cafes, at bus stops and on the go. Sometimes I use zoom to find the titles of the books they are reading, so I’m well prepared to give you the list. You can find anything from Maimonides to The Master and Margarita’ by Bulgakov, from fathers of Church to ‘Jonathan Strange and Mr Norrell’ by Susan Clark, from ‘Romeo and Juliet’ to ‘A Tale of Love and Darkness’ by Amos Oz, from ‘Pamela’ by Samuel Richardson to ‘Dancing arabs’ by Sayed Kashua, and so on. You can also be sure to meet many prayer books and Talmud volumes even on the streets.

I have another series ‘Books found and lost’ that shows which books people don’t read anymore and throw away. But luckily, there is nearly always somebody willing to give them a good home.

Can you recommend any books/poems set in Jerusalem?

My favourite ones are ‘Summer in the Street of the Prophets’ by David Shachar and other novels from his eight-novel sequence ‘The Palace of Shattered Vessels’, ‘The Name’ by Michal Govrin, short prose by Else Lasker-Schuler, Dennis Silk and Gabriel Levin, ‘The Drafts of Jerusalem’ by Nekoda Singer, poems by Dan Pagis, Harold Schimmel, Israel Eliraz. 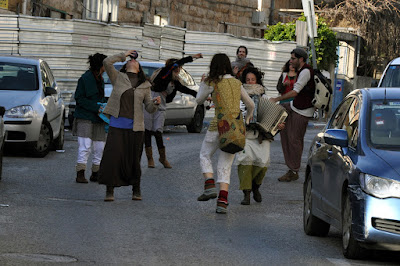 Shall I say King David? or his son Solomon? or the prophets? It’s hard to decide.

Is the location an inspiration or distraction for you?

Both. It’s just my life.

Just now I’m more translating than writing. I’m working on two poetry books to be published soon in Russia, one by Yona Wallach and the other one by Hezi Leskli. And moving in the different direction i.e. translating from Russian into Hebrew I’m working also on two different projects, but as they are at earlier stages of preparation I don’t want to mention the names yet.

Sum up life in Jerusalem in three words.

Everything. Nothing. Anything. In that order. 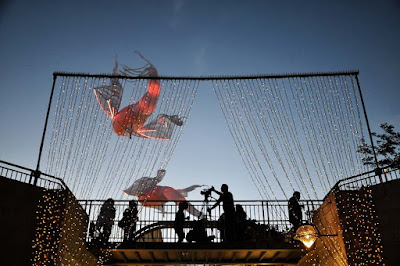 The story from ‘The Drafts of Jerusalem’ by Nekoda Singer
http://www.jewishfiction.net/index.php/publisher/articleview/frmArticleID/263