It is with a heavy heart we heard today of the sad death of author, PD James, aged 94. Her agent said she died "peacefully at her home in Oxford" this morning.

In a statement, James's publishers Faber and Faber said: "This is a very sad day for us at Faber. It is difficult to express our profound sadness at losing PD James, one of the world's great writers and a Faber author since her first publication in 1962.

"She was so very remarkable in every aspect of her life, an inspiration and great friend to us all. It is a privilege to publish her extraordinary books. Working with her was always the best of times, full of joy. We will miss her hugely."

Wonderful obits have been made throughout the day to the timeless author, who has been an inspiration to crime writers for generations.

Close friend, Ruth Rendell, told Radio 4's Front Row: "She was wonderfully accurate in her police work; she really took great pains about it. She took great care and she got it right. She did not make mistakes, she saw to it that she didn't. She knew very well what she thought a perfect universe would be and she wanted her books to come close to that, to show what it should be. She held up people who were bad - who acted wrongly - as examples of the kind of people she didn't like and didn't want others to be affected by."

Ian Rankin tweeted: "So sad about PD James. Every event I did with her was a joy. Sharp intellect, ready wit."

US crime writer Patricia Cornwell said: "RIP PD James and thanks for encouraging me when I was getting started."

Val McDermid said: "I salute the great PD James for so many reasons. Today, I've lost a friend as well as a teacher. There was nothing cosy about Phyllis."

As our own WWJ tribute, we are repeating below the interview Gillian Hamer had with PD James last October just after the publication of her Pride and Prejudice based novel, Death Comes to Pemberley. 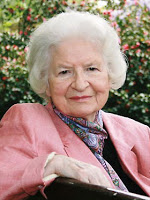 PD James needs no introduction. But for those of you who aren’t avid crime readers, a writer first published in 1962, introducing investigator and poet, Adam Dalgliesh of New Scotland Yard. She has gone on win a plethora of awards and accolades and published over twenty novels featuring Dalgliesh, and her other protagonist, Cordelia Gray. Many of her works have also been developed for television and film. The most famous being the Hollywood blockbuster, Children of Men, in 2006.

We asked Baroness James about her experience in seeing her writing developed into other formats and her thoughts on the future of publishing.

You have been lucky to see your books adapted not only for television (The Inspector Dalgliesh Mysteries) but also into box-office successes as films (Children of Men). What was your involvement with the adaptations, and as a writer, which format – film or television – gave you the most enjoyment?

It is always an advantage for a writer to have her work filmed or televised as it brings people to the book, but few of us are really satisfied with the result.  However, I have been more fortunate than many writers and now look forward to the TV adaptation of Death Comes to Pemberley.  Television gives me the most involvement as I am often invited to visit the set during filming, and was indeed at Chatsworth recently with my PA to watch a scene being filmed.  This has not so far happened with a feature film and I have to wait until it is released to see the final result.

You’ve been quoted as saying you enjoyed the film version of Children of Men but that the actor, Roy Marsden was not ‘your idea’ of Inspector Dalgliesh. What are the hardest things, as a writer, about relinquishing your rights and letting someone else take control of your work?

I accept that, with a film or TV adaptation I have to relinquish certain of my rights and let people regarded as experts in a different medium take control of my work to a large extent.  The hardest thing is when the dialogue, which I have taken considerable trouble over writing, is expunged and the adaptor’s dialogue substituted.

Location seems to play a strong central role in your books, something that means a lot to me also as a crime writer. This has helped bring the books alive on screen. Thinking of The Lighthouse and The Private Patient, you seem to favour strong, remote locales. What do you look for in a perfect location for your novels, and what do you think location to brings to the narrative?

My novels nearly always begin with my response to a place and this was certainly true of The Lighthouse and The Private Patient.  I do favour strong remote localities where it is possible rationally to limit the number of suspects.  In looking for a perfect location I tend to choose a place which I find beautiful, mysterious or unusual, and I think the location is important to the narrative as it increases credibility, influences character and plot, and adds to realism.

You must have learnt a great deal about writing and publishing over your career. What words of wisdom would you impart to the next generation of writers?

If asked for advice I generally give the following:  A prospective writer should read widely, not in order to slavishly copy, but to see how established writers exercise their craft.  It is also important to increase one’s vocabulary since words are the building blocks of a writer’s talent.

You’ve obviously won so many awards, honours and accolades throughout your career. What, as a writer, have been your proudest moments and achievements?

I have been very fortunate in the public acknowledgement of my success, but I think the proudest moment was when I received a telephone call from my agent to say that Faber & Faber had accepted my first novel.

I’ve read many of your novels over the years, and Death Comes to Pemberley was a change of style and direction for you. What caused that change – and do you have plans for more historical crime adaptations to come?

After the publication of The Private Patient I was wondering whether I had the energy to write a long novel, as detective stories tend to be.  It seemed the right time to return to an idea which had been long in my mind: to combine my two enthusiasms – the novels of Jane Austen and detective story writing – to write a crime novel set in Pemberley some six years after the marriage of Darcy and Elizabeth.  It was a joy to write and has been a world-wide bestseller.   I have no plan for more historical crime adaptations in the future.

And finally, can I ask how you see the future of publishing? In such a rapidly changing market and technological world, do you believe ‘real books’ will survive or that e-books are the future?

I think it is difficult for anyone, including publishers, to see with any clarity the future of publishing, but I acknowledge that e-books are immensely convenient for long journeys, stays in hospital or holidays when so many books can be transported so easily.  And e-books also have a use for reading in bed and for people with poor eyesight.  However I believe, and greatly hope, that what you rightly describe as ‘real books’ will survive.
Words with JAM
Share