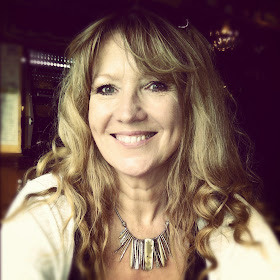 Her latest non-fiction release promises to help write the killer short story - and I personally think her top tips below are fabulous words of wisdom.
So, let's attempt to dig a little deeper in our 60 Second feature.


You have many talents - fiction, non-fiction, teaching, ghost-writing - what gives you most pleasure?

Different things at different times. I just love writing narrative. But Ghosting has been particularly thrilling as it's been such an unexpected departure for me. I thought I was far too much the egotistical 'creative' type but I find I love taking a real story, about a real (hopefully humbling and inspiring) person, and shaping it to read as compellingly as a novel would, and creating dialogue/developing character to bring someone real to life. It's a singular job - not one bit like journalism.

Why do you enjoy teaching creative writing?

Not for the money, for sure! I teach once a week, for two hours, at Cardiff Uni, and do it because it gets me out of the house and into the warm embrace of other aspiring writers (sometimes the embodiment of the 'me' I recognise from 20 years back, as I attended such classes myself). I trained as a primary school teacher in my 30s - my first published piece was for the TES - and I love inspiring and motivating writers, so perhaps its in my blood. Cheesy but true. We also go out a-razzling sometimes, which also makes me happy.

How did you move into ghost-writing?

By accident, in 2007. One of my husband's former patients, who had read both a couple of my romantic comedy novels and my weekly Western Mail column, wrote and asked me if I'd help her tell the story of her amazing life. She came off a motorbike and was paralysed from the chest down at the age of 14 and, via an extraordinary journey, ended up marrying the consultant who told her she'd never walk again, 25 years later. You really couldn't have made it up. After that, my agent asked me if I'd like to ghost another; it's kind of gone - indeed, snowballed - from there...

I love your ghost-writing quote - 'you never quite know where saying yes might lead you ...' - what has been your biggest adventure?

I have been on several. Geographically, when I was asked to go to Arizona to ghost the story of Giant George, then the world's biggest dog; professionally, when a book I ghosted (The Girl With No Name, which had been the project of no less than 5 ghosts before me and was languishing unsold) was sold in 19 countries and became a global best seller; emotionally, when I agreed to ghost Bye Mam, I Love You, Sonia Oatley's memoir about the murder of her15 year old daughter, Rebecca Oatley, and in terms of personal joy, it's a tie between the bestselling series I've co-authored for 4 years now - about which I can't tell you without killing you! - and the trilogy I've just co-authored with an amazing lady called Julie Shaw, about the Notorious Hudson Family (hers), which is published imminently. The first, OUR VINNIE, was so full of grit it made my fillings rattle. I could not be more excited about it and have such high, fizzy hopes.

Writing is such a solitary process, how do you adjust to writing alongside someone?

They don't tend to sit in my kitchen with me, happily, which means I can still write in a nightie, nibbling cheese. We tend to have three or four meetings, then communicate by either phone or (mostly) email. Most of my collaborators are happy to let me take care of structure, storytelling and syntax, and regular bombardments of drafts peppered with comment boxes full of questions... Most also love bashing out their innermost thoughts and letting me pull everything together into something both readable and, hopefully, that elusive 'unputdownable'.

'The Girl with No Name' looks a fabulous book to have worked on, can you tell us a bit about the experience?

As I mentioned above, it was a long one, and with such fascinating subject matter, quite an adventure. The main problem Marina had was that no-one accepted the veracity of her story, so I had to find a way of telling it that would help the readers warm to her. I believed her completely the moment I met her, which helped. I honestly believe anyone would. I then had to strip back the huge ms her adult daughter had created over years, and pull together something that both captured her child's voice convincingly and gave the reader something of an old fashioned adventure story. I'm very proud of what we made.

I've yet to win an actual award; I've been placed, highly commended and had one of my novels make a short shortlist (Hurrah! A trophy!) but I have had over 100 sort stories published, so I figure I'm qualified, and my three tips - oh, this is hard - would be to...
A) remember the two Cs; Conflict and Change. Every story needs both, and the change must come about as the result of the conflict.
B) write with a plan. You need to know what point you want to make in order to know where and how to start. I know some would argue you should just start writing and see where it takes you, but I am a planner; it makes you so much more focused and prolific.
C) Be emotionally intelligent. Which kind of chimes with what's above. No, you can't buy a packet of emotional intelligence in Tesco, but what makes fiction sing is that sense of connection between author and reader. Make yourself an enthusiastic student of the human condition and borrow ruthlessly from real people.

So many strings to your bow, anything else you'd like to try?

I love writing dialogue, so to create a script or screenplay from one of my novels or ghosted memoirs would be a fun thing to do, but nothing beats book-writing for me, so it would always win out, I think. That said, as I now work on a laptop in my kitchen, I am considering turning my old office into a studio to draw, paint and create huge, mad mosaics out of reclaimed glass and ceramics. Lol - in some lifetime, anyway... I have no plans to ever retire.

Currently a tie between David Nicholl's stunningly well-observed 'US' and Donna Tartt's 'THE GOLDFINCH', which I am about 150 pages away from finishing. If it ends the way I want it to, I think it will win by a short nose. Theo will stay with me always. God, I wish I'd written it.

I have two further titles to write incognito (see above) and am just waiting - everything crossed - for confirmation that the next three Julie Shaw titles will be published late next year. That will all keep me pretty busy, but I'm also working on a proposal about a man, a dog and a tornado, writing the amazing story of a boy with 90% burns, penning my weekly column, keeping up with my ironing (helps with the thinking), and droning happily at creative writing students once a week. Mostly, you'll find me in my kitchen, being effortlessly glamorous. #not