Walls. They’re everywhere. has one you can see from space; has one that’s largely symbolic now, and the Romans built one that stretched from coast to coast across northern to keep the Scots out. is building one five hundred miles long even as I write this. Walls are ancient and modern. If you look out of your window, the chances are that you’ll see a wall, or maybe several. We’re grateful for them, they keep the enemy at bay, they define our territory and make us feel safe, secure.

But at the same time, walls limit us; they trap, prevent, imprison, incarcerate. They stop us from seeing things; they rein in our imaginations by blocking the view. In the end, our imaginations come full circle and the walls are there for us to draw on, thereby setting off a dichotomy of meaning. Walls hem us in, like Dante’s circles of Hell, but at the same time they provide us with blank surfaces on which to vent our imagination, our longing and our dreams.

Damee Kim builds walls on canvas, and when she took such a huge, multi-layered subject for her first

show it was a sign of great courage. It proves she has an old head on young shoulders, a contemporary understanding of the age-old duality of walls. Taking inspiration from such diverse wellsprings as ancient history and Disney movies, Damee shows us the playful, the symbolic and the decorative aspect of walls, all rolled into one and painted red, the colour of life, of blood, of danger. Her art emerges from the early notions of surrealism, to make limitless dreamscapes become real. “Choose plastic flowers,” Damee says, “they are eternal and infinite”. These eternal and infinite spaces, the ones that can be constrained and enclosed by no wall, seem to force her to construct her own claustrophobic world, reflecting her background and familial influence.

Born in , she says “I grew up with my grandmother until I was seven. She gave me the space to dream in.” This early contrasting sense of limitless protection still influences her work today. Her interests originally lay in communication, and she completed a BA in Mass Communication at in in 2009 before moving to . “In I felt reborn. What I felt for the country of my birth had become something approaching phobia.” Taking inspiration from Yayoi Kusama, the Japanese installation artist and avant garde graduate of Warhol’s sixties Factory, Damee soon came to realize her talents for expression and communication belonged in the artistic world. Re-awakened to the schools of art that inspired Yoko Ono, she is now nearing the end of a degree in fine art at Central St Martins in , where she will graduate at the end of the 2013/14 academic year. At the same time, under the pseudonym of Red Pig Flower, she is a DJ of growing stature, taking remixes in tribal beats from , and , where she has performed as DJ at the club. Damee also had a summer residency at the Überraschung Gallery in

In January this year, her Red Wall exhibition featured at ’s Hackney Picture House. The faces, cartoon-like and innocent, give way to crenellations, battlements almost, that loomed above them, the red spreading to provoke a blood-like, womb-like reaction in the viewer. The womb is a wall, too, a piece of symbolism that isn’t lost on Damee. “Black is different to dark. Dark contains light within it, as abstract contains concrete imagery.” The faces blend to walls, as if symbolising the act of growing up, the act of maturing into the comprehension that life has limits, self imposed or superimposed by other outside forces. Here is claustrophobia personified, the faces that merge to abstract, becoming blurred and lost, losing themselves in the colours of blood and danger as they grow into the castles we all construct within the soul. 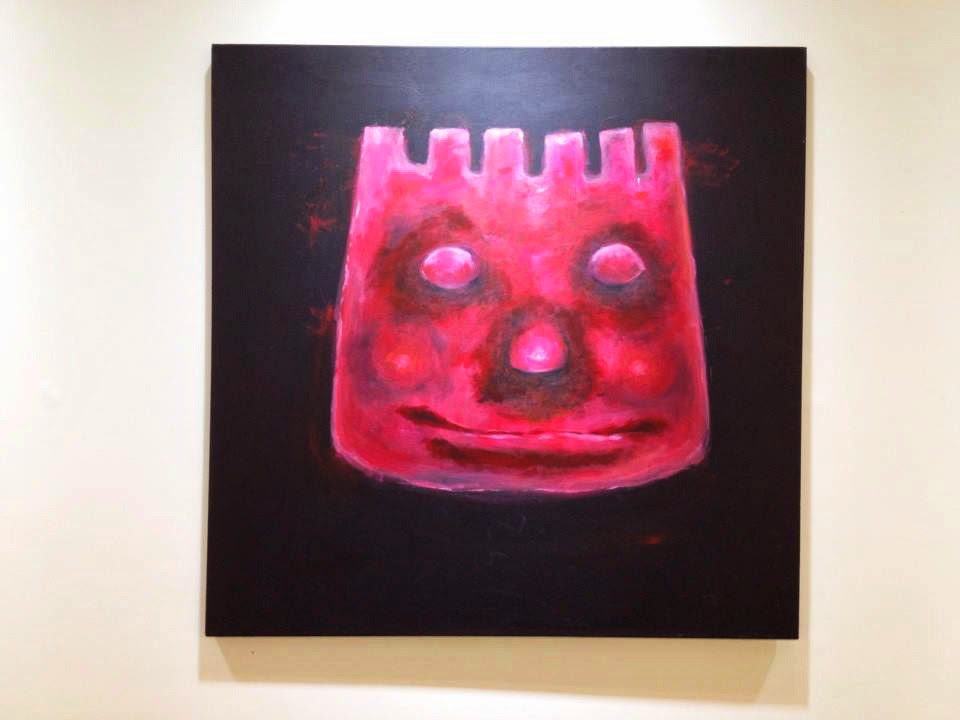 The Red Wall exhibition was a success. It helped raise Damee’s profile on the local art scene, and her pictures are now fetching higher and higher prices. Her reputation as DJ is growing along with a maturing artistic outlook which, inspired as it is by and the Warhol Factory, will never grow too old. After her residency in has ended, Damee intends to return to for more exhibitions and live events. Her profile, her art and her interests and inspirations can be seen on her website at www.redpigflower.com which details the Hackney Red Wall exhibition as well as many other projects and links to her other interests and the websites of her contemporaries.

In choosing Red Pig Flower as her alias, Damee explores symbolic meanings. “Red means reality; blood, sunsets, cherries, danger. The pig stands for desire; an animal known for its greed and ugliness — an animal which nonetheless possesses more intelligence than a dog, a fact that is often overlooked simply because the pig is good to eat. And flowers are a dream of idealistic beauty.” These three symbols clash and mix in equal measure, meaning that any resulting work will be a vivid and unforgettable experience. Her website lists all her projects, and includes her biography. Take a look. Damee Kim, Red Pig Flower; whatever she chooses to call herself, she’ll lead you into pastures new and leave you marveling at the world viewed through her eyes, a place where Kasuma Yayoi meets Alice in Wonderland, where Dante meets Disney; a place where anything can happen… 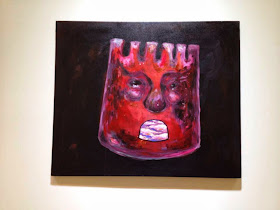 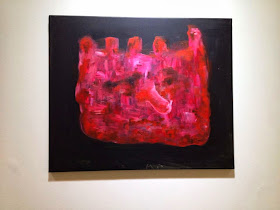 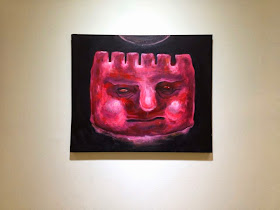